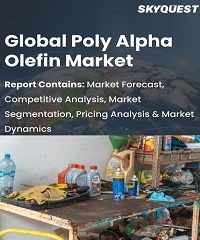 Poly-alpha-olefins are 100% synthetic compounds obtained by polymerizing alpha-olefins. It is a type of organic olefin used as a raw material in the manufacture of some synthetic lubricants. Poly-alpha-olefin is by far the most common major synthetic base oil used in industrial and automotive lubricants. It is a synthetic hydrocarbon (SHC) that mimics the best hydrocarbon (branched) structure found in mineral oils. Poly-alpha-Olefins are used extensively in automotive fluids as well as hydraulic, gear and bearing oils, working in extremely cold climates or hot applications. They are also employed as base fluids in some wide temperature range greases. One application in which they have not worked well is in high-temperature (high-pressure) reciprocating air compressors where valve deposits have been an issue.

The engine oil market dominated the global market in 2021. PAOs have demonstrated high market penetration in the motor oil application segment, accounting significant share of the total market in 2021. Due to its ability to lubricate at both ends of the temperature range and flow faster at low temperatures while resisting oil consumption, viscosity loss.

Gear Oil segment is anticipated to grow at a significant CAGR by 2028. Gear oils are expected to witness high growth during the forecast period due to their high hydrolytic stability and demulsibility, high viscosity index (VI) and low pour point. Synthetic gear oils are used to meet application requirements such as very low or high temperatures, very high loads, and extreme environmental conditions.

The Synthetic Greases segment is expected to grow at a CAGR of 3.48% during forecasting period. Synthetic greases containing PAO are widely used in outdoor equipment due to their excellent performance and temperature properties. It can also be specially formulated to withstand excessive moisture.

Global poly alpha olefin market is followed by North America is expected to have relatively high opportunity for poly alpha olefin (PAO) market players, attributed to growing economy and industrialization. Overall, the outlook for the global market will have a positive growth over the forecast period.ca followed by Western Europe, driven by high demand for passenger cars across the region. Eastern Europe and Japan also hold a large share of the global market due to the region's advanced technological advancements.

Asia-Pacific is expected to register relatively high growth rate in the global poly alpha olefin (PAO) market during the forecast period, owing to rapid progress in the automotive industry across the region.

The poly-alpha-olefin market holds great potential for international and regional players. Emerging market players, especially from developing countries, are expected to have more opportunities to enter the market. Increasing establishment of government initiatives and increasing foreign investment to develop the sector, are expected to spur industry growth in the coming years. Overall, the global market is highly competitive and dependent on product development and technological advancements. Industry players are striving to match local tastes and gain a competitive advantage over others. The presence of local players poses a significant threat to large multinationals in terms of product quality and prices offered to customers.

According to our Global Poly Alpha Olefin Market, rising demand for synthetic lubricants due to reduced engine wear is expected to continue to be a major driver of growth of the market. Polyalphaolefins include improved thermal and oxidative stability, excellent hydrolytic stability, demulsibility, and very low pour points. These properties make PAOs suitable for use in extreme temperatures, such as high operating temperatures and low starting temperatures. Increased use of synthetic fluids and petroleum-based fluids in offshore drilling activities due to stringent regulations and environmental protection mandates is expected to increase demand during the forecast period. The shale gas boom, especially in the United States, has renewed confidence in petrochemical companies and impacted ethylene production in the region. It is the main ingredient in his PAO production that has driven market growth. In addition, the Blue Angel and White Swan schemes, both promoting biodegradable base oils, are expected to advance the sector and build a significant market base. Apart from that, Asia-Pacific is expected to grow significantly over the forecast period owing to increasing demand for automotive lubricants in the region.

For the Global Poly Alpha Olefin Market, our research methodology involved a mixture of primary and secondary data sources. Key steps involved in the research process are listed below:

2. Information Analysis: This step involved triangulation of data through bottom-up and top-down approaches to estimate and validate the total size and future estimate of the Global Poly Alpha Olefin Market.

With the given market data, our dedicated team of analysts can offer you the following customization options are available for the Global Poly Alpha Olefin Market:

Global Poly Alpha Olefin Market was valued at USD 1.3 billion in 2021, and it is expected to reach a value of USD 1.58 billion by 2028, at a CAGR of more than 2.82 % over the forecast period (2022-2028).
The poly-alpha-olefin market holds great potential for international and regional players. Emerging market players, especially from developing countries, are expected to have more opportunities to enter the market. Increasing establishment of government initiatives and increasing foreign investment to develop the sector, are expected to spur industry growth in the coming years. Overall, the global market is highly competitive and dependent on product development and technological advancements. Industry players are striving to match local tastes and gain a competitive advantage over others. The presence of local players poses a significant threat to large multinationals in terms of product quality and prices offered to customers.'British Petroleum','Exxon Mobil Corporation','Ineos','Shell','Addinol','Croda International','Chemtura','ENI','Fuchs','Idemitsu Kosan','Liqui Moly','Lukoil','Lubricon','Labdhi Chemicals','Mitsui Chemicals','Naco Synthetics','Novvi','PetroCanada','Penrite Oil','Peak Lubricants','Shanghai FOX Chemical Technology','Sasol','Tulstar Products','Valero'
Increasing use of poly-alpha-olefins (PAOs) for automotive applications is the main reason for the growth rate of the poly-alpha-olefins (PAOs) market. Increasing industrialization and increasing demand for synthetic base oils in the drilling industry will also have a direct and positive impact on the growth rate of the poly-alpha-olefin (PAO) market. The growth and expansion of the automotive industry, especially in emerging markets such as India and China, coupled with increasing urbanization, further paves the way for the growth of the poly-alpha-olefin (PAO) market. Increasing offshore drilling activity is another indirect determinant driving the growth of the poly-alpha-olefin (PAO) market.
Rising operating temperatures in power electronics, electric motors, and batteries are a result of advances in electric vehicle technology, driving demand for synthetic multigrade gear oils combined with high-quality PAOs with advanced additive technology increment.
Europe dominated the global poly-alpha-olefin market in 2021. Europe dominates the poly-alpha-olefin (PAO) market, with a relatively high revenue share for the automotive industry, and the presence of key players in the region is set to further enhance its dominance during the forecast period. 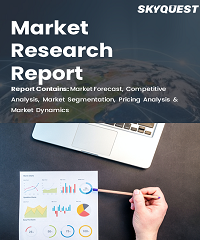 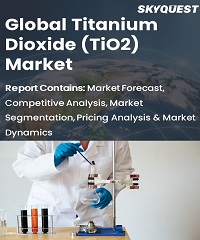 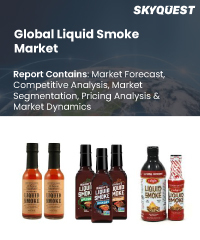